What is NFC? Everything you need to know 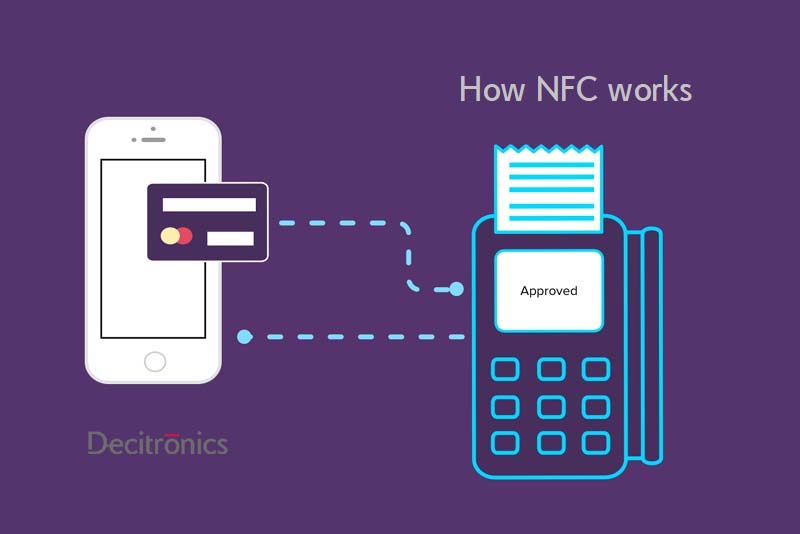 What is NFC? Everything you need to know

Have you ever wondered what makes tap-and-go services like Apple Pay, Android Pay and Amiibo work? As much as it seems like pure magic, it isn't.

So what is it exactly? Simply put, it's a method of wireless data transfer called NFC (Near field communication) that detects and then enables technology in close proximity to communicate without the need for an internet connection. It's easy, fast and works automagically.

Near Field Communication (NFC) is a short-range wireless connectivity standard (Ecma-340, ISO/IEC 18092) that uses magnetic field induction to enable communication between devices when they're touched together, or brought within a few centimeters of each other.

How does NFC work?

The tech involved is deceptively simple: evolved from radio frequency identification (RFID) tech, an NFC chip operates as one part of a wireless link. Once it's activated by another chip, small amounts of data between the two devices can be transferred when held a few centimeters from each other.

No pairing code is necessary to link up and because it uses chips that run on very low amounts of power (or passively, using even less), it's much more power-efficient than other wireless communication types. At its core, NFC works to identify us by our enabled cards and devices (and by extension, our bank accounts and other personal info.)

How can I use NFC right now?

NFC chips stocked inside credit cards for contactless payments are nothing new. But a slightly more recent - and admittedly more enticing - use case for NFC is with your smartphone, or even your smartwatch, as a way to digitize your entire wallet.


Virtually every mobile OS maker has their own apps that offer unique NFC functionality. Android users have the widest variety to choose from. The most well-known option is Android Pay, which works on many Android phones and watches, allowing you to access your funds for contactless payments.
Samsung Pay, which operates similarly, is available for Samsung phone users in the US, and expected to land in the UK soon.
But NFC functionality on phones isn't limited to payments. There's also Android Beam, which was implemented way back in 2011 in Android Ice Cream Sandwich 4.0 as a nifty, simple process that allows for the transfer of photos, contacts and directions by holding two phones together.

Apple's phones from the iPhone 6 and iPhone 6 Plus onwards also have NFC functionality, as do the Apple Watch and Apple Watch 2, albeit with limited use so far, as it's only usable for Apple Pay.

It's a lot like Android Pay, in that it's an app which gives users the ability to link up their credit and debit cards and then use their phone with contactless readers.

Lastly, those who prefer Microsoft's Windows 10 Mobile will be able to use Microsoft Wallet, though currently this is only available in the US.

Whichever device you have, it's likely that a local supermarket, train station, taxi or coffee shop supports contactless payments via your phone's NFC chip.

Simply hold it close to a contactless payment terminal and instantly, like swiping a credit card, the payment will complete.

Looking toward the future, it's possible that NFC chips could be used to replace every card in your wallet.

That means the unique info on your frequent shopper loyalty cards, library card, business cards and the like could be contained and transmitted simply via NFC. Already many such cards are being digitized.